Perimenopause symptoms are often misunderstood in women. It is a phase preceding 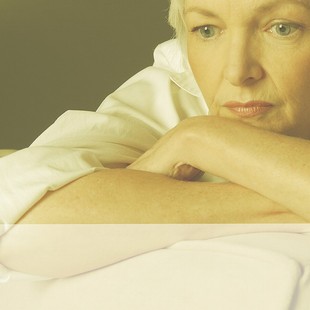 the menopause wherein the estrogen level in a woman’s body begins to decrease, resulting in certain physical and psychological symptoms, often mistaken for those of the menopause. It can be a confusing time for a woman. The phase of perimenopause may occur some considerable time in advance of the menopause itself, and a woman may not necessarily think she is old enough to be experiencing these types of symptoms.

The perimenopause is a phase caused by the reduction in estrogen production, and the slowing down of egg release from the ovaries. The duration of the phase may be as short as 6 months, or it may continue for as much as 10 years prior to the onset of the menopause. The menopause itself begins 12 months after a woman’s final period, and is associated with a much more rapid decline in the body’s production of estrogen. The onset of the phase of perimenopause varies across women. Some women experience perimenopausal symptoms as early as 30, some in their 40s, but there are examples of much earlier and much later symptoms in some women. Needless to say, it is hugely variant across women.

The most accurate way to identify the onset of this phase is through a change in the nature of the menstrual patterns. Unpredictable periods which, are more or less frequent, lighter or more heavy and with irregular flow is a good indicating factor for the perimenopause, especially if a woman has had reasonably regular and predictable periods throughout her life.

The best way to deal with the ill-effects of the perimenopause is through management of these symptoms. Physical symptoms such as hot flashes and urine urgency should be discussed with a doctor, who will be able to prescribe a course of action suitable for individual circumstances. Emotional symptoms such as anxiety, irritability and difficulty sleeping can be helped by maintaining a healthy lifestyle, avoiding excessive alcohol, caffeine and staying hydrated. Yoga and meditation are an excellent way to stay focused, and encourage a calm, centred way of life, which can actively contribute to effective anxiety management. Regular cardiovascular exercise is effective in helping combat issues associated with getting a good night’s sleep, and contribute to feelings of wellbeing.

The perimenopause presents many women with obstacles to maintaining a happy and healthy life, and sometimes these may seem very difficult to overcome. Perimenopause symptoms may be frustrating and disheartening, but it is possible to manage these symptoms with a healthy, balanced diet, plenty of physical exercise and a positive outlook.